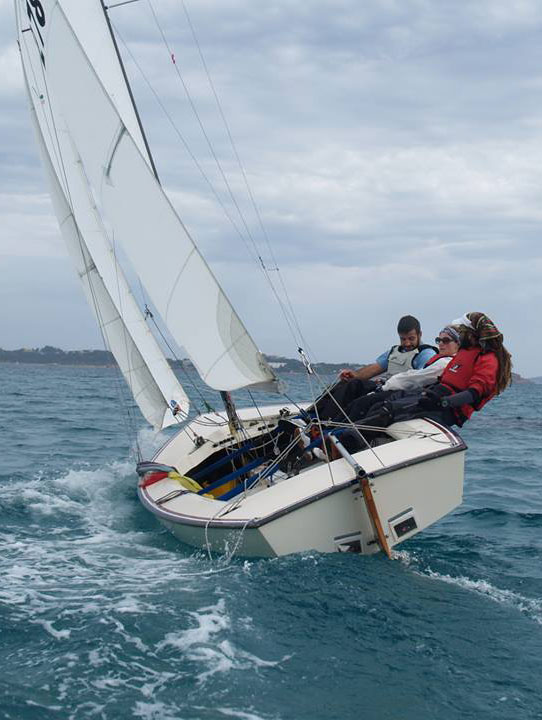 In the summer of 2001 my crew and I were in the westernmost tip of Sicily in Italy for the Lightning European and World Championships. For 10 consecutive days we were sailing with tough competition. The entries exceeded 30 boats, wind was blowing steady at 15 + knots. At the end of the day, legs, arms and abs were stiff from hiking all the time, the menu at the camping site always had traditional spaghetti and pizza. It must have been one of the most wonderful summers of my life! In the seven years that I sailed with Lightning’s I had participated in many regattas in Greece, Finland and Switzerland, all were memorable experiences. 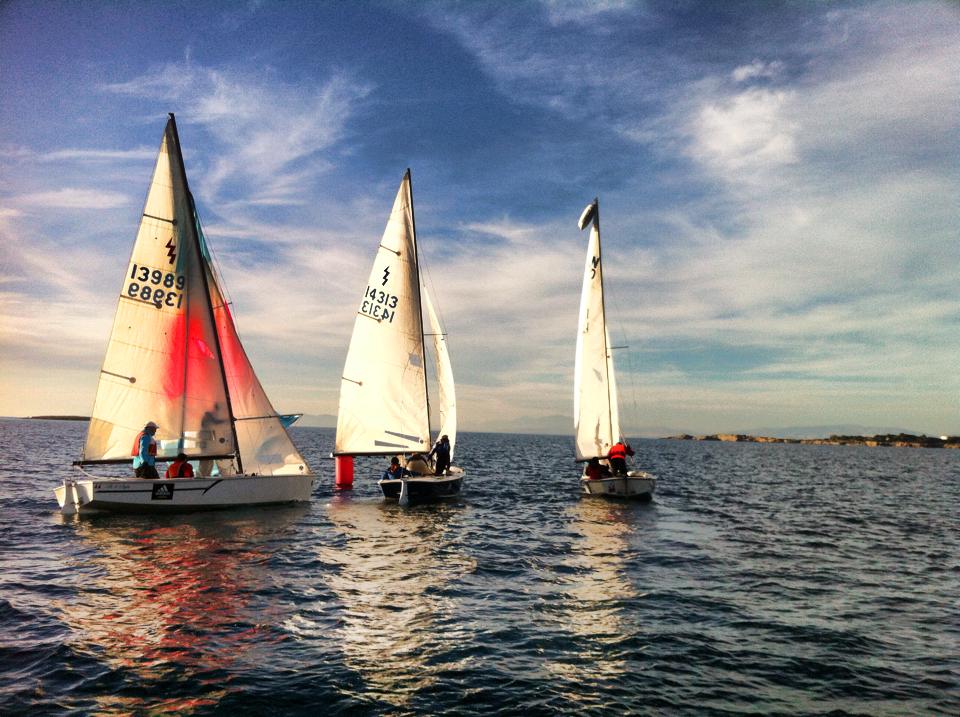 ΤIn the fall of 2001 I realized that at my age most athletes that are not professionals stop sailing or become coaches or go to offshore racing. The only chance to get support from a yacht club is if you are about to be become the next champion in an Olympic class. Because I liked so much dinghy sailing I did not want to stop or go to offshore racing. So I started my career as a coach assistant at the Lightning school of Sailing Club of Piraeus.
At that time, I wondered how anyone could learn sailing quickly and easily and become competitive in races. The level in Lightning class in Greece was not as competitive as those abroad and thus did not attract good athletes. If there was a way to learn quickly, then racing level would go up and there would be more excitement and fun as in big regattas.
Studying coaching books got me thinking that until now new teaching methods have not yet been implemented. Also, if a school could find a way to attract a sufficient number of students could be economically viable and grow by increasing its fleet. So I began to form in my mind the idea of a new Lightning sailing school, something that did not exist previously in Greece.
To achieve the above, a school must:

Sailing is a sport that fills us with energy, feelings of freedom and deliverance from everyday life. Everybody deserves to experience these feelings the easy way, whatever age they are, whatever level of competence they want to achieve. 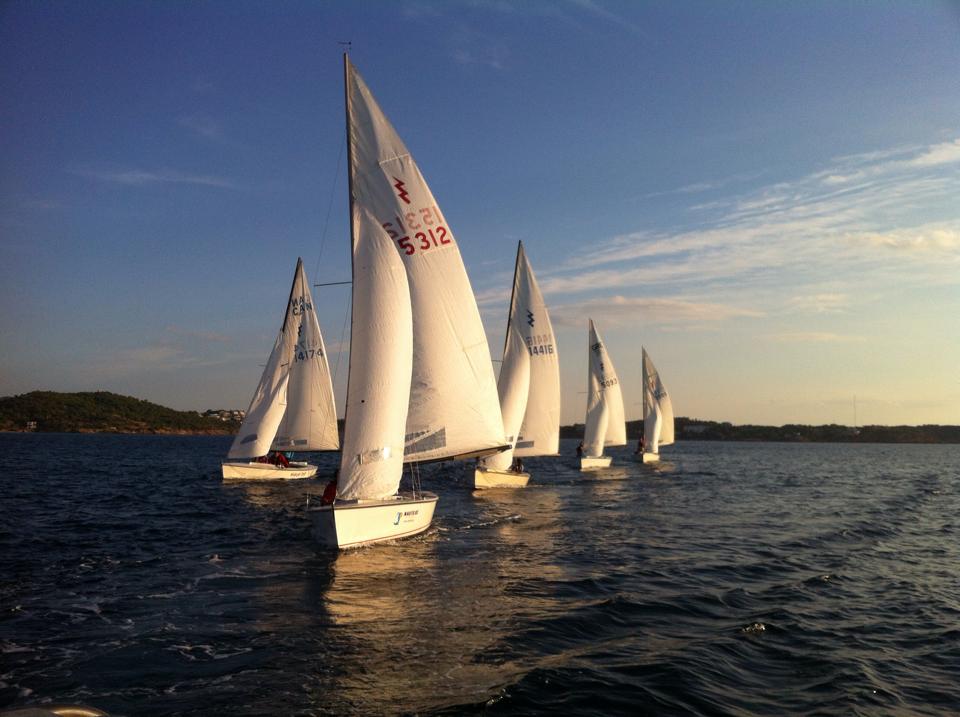 The school will provide the opportunity for everybody to learn sailing and make it part of their lives. It will offer the best conditions for anyone who wants to start and continue sailing, embracing the values of sportsmanship. There will always be somebody next to the students who will explain everything with enthusiasm. The school will be a way to the sea, sailing and memorable experiences. Also it will be a lever of growth for the sport and especially for the Lightning Class. The school will function according to the following principles:In the summer of 2002 I got the opportunity to start my sailing school. The funds needed where too much for me, so I collaborated with a friend with whom we sailed together for years. By borrowing from banks and our parents we managed to gather the amount. In the summer of 2002 we had our own Lightning Sailing School.
Over the next four years the school moved to 3 different Yacht Clubs and each change was a new start with fewer and fewer students. Each change was an effort to find a better place in which the school could grow, attracting more people. Last stop was the Yacht Club in the new marina that was built for the Olympic Games. The site was promising but after a year it was still unexploited. That made it much harder for us to attract new students. The problems all these years finally brought us to a disagreement with my copartner. He wanted to give up and sell the boats but I did not. So I decided to continue by myself and not stop until I achieve my goal at all costs.
The few but enthusiastic students supported the new start. Within a year we managed to double up the number of students. In September 2008 we were now ready for a promising year. But the Yacht club changed its thinking and wanted only to support Olympic classes and needed the space for it. That meant we had to find a new home.
A year pasted searching for a yacht club willing to support the sailing school until I came in contact with the Nautical Athletic Club of Voula (NAOV). The NAOV supports more fun sailing than championship sailing so the school fits perfectly with this philosophy. In summer of 2009 we moved and got prepared for a fresh start. The name of the school is "NAOV Lightning Sailing Academy". Within a year the numbers of students were more than doubled and "forced" us to buy a new boat increasing our fleet to 3 Lightning’s. The next year the school had more students than ever before.
The last couple of years economic crisis affected the school as many students could not pay their fees. Thus we had some bad luck: the older woody cracked at the bottom after a windy day and six months later we broke the mast of the other boat. So we are left with two operating boats.
Thanks to the support of Lightning Class in March of 2014 four fiberglass boats were shipped to our club and four more in June. Within a few months we tripled our fleet and the number of students! More and more activity is growing with high participation. Lightning class is on rise again!